If you’re looking for cheap things to do over the summer season, consider a visit to one of our amazing national parks. There are dozens to choose from, each with its own charms and individual natural wonders to explore, and over the summer you can take part in exciting activities that won’t cost an arm and a leg. Here are the best cheap experiences to have in national parks this summer. (See also: How to Save on National Park Visits in 2018)

Yellowstone is famous for being the world’s first national park, but is perhaps best known for its enormous spouting geysers and vast, colorful hot springs. While these features are incredible to look at, they are, in fact, extremely dangerous, with unwitting visitors regularly suffering burns or worse from underestimating their boiling temperatures — which can top 250 degrees.

There are, however, some spots within the park where you’re able to safely experience this geothermal phenomenon by taking a dip in the warm waters. Yellowstone’s “Boiling River” is formed by the flow from a hot spring merging with the cool waters of the Gardner River. Despite its name, the balmy temperatures are perfect for swimming and relaxing while taking in the scenic surroundings.

It’s relatively easy to reach each one by car with a short walk from the designated parking area with detailed directions included on Yellowstone’s website. There’s no specific date when Boiling River opens to bathers, as it depends on the levels of the river, but it’s generally accessible during daylight hours in the winter, fall, and late summer. While Yellowstone National Park charges an entrance fee, a plunge in Boiling River has no cost attached, so get your swimsuit ready for a unique hot-tubbing adventure. (See also: 10 Most Breathtaking Day Hikes in the U.S.) 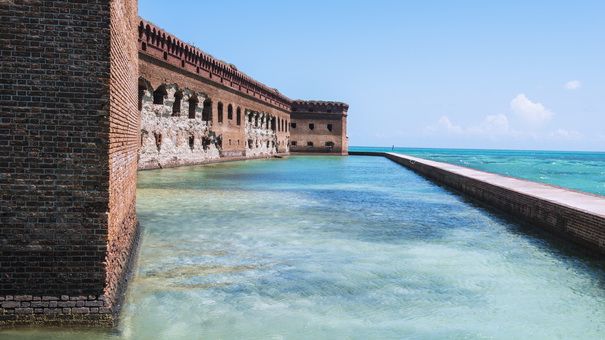 Dry Tortugas National Park in the Florida Keys is one of the most interesting national parks in the U.S. Despite its name, it only contains seven small islands, with the majority of the Dry Tortugas — the islands — being made up of water. The area is well known for its abundance of colorful coral and varied marine life, as well as numerous shipwrecks, making it a world class destination for snorkeling and kayaking.

One of the best locations for snorkeling is around the unfinished Fort Jefferson. The military fortress was built to protect a strategic deepwater anchorage and a lucrative shipping lane in the Gulf of Mexico. Over time, the fort was used as a prison and a coaling station for warships, but it is now abandoned and part of the Dry Tortugas National Park.

Entrance to the park is $15 per person, however there are only three ways to reach it. The first is by private boat, the second by seaplane, and the third and most popular, via the official partner ferry Yankee Freedom III. The ferry prices are $180 per adult, and $125 per child (ages 4-16) however, included in the cost are breakfast and lunch, guided tours of the fort, as well as complimentary snorkeling equipment. To get even more value out of the trip, you can also camp for $15 per night, but keep in mind you will need to take everything you require with you. (See also: 6 Cheap Date Ideas for Nature Lovers)

The Great Basin National Park lies between two mountain ranges, the Sierra Nevada and the Wasatch, occupying a dry and craggy region of pure, unadulterated wilderness. Though it’s just a few hours north of the bright lights of Las Vegas, this area boasts one of the darkest skies in the U.S. In fact, they’re so dark that the park has been designated an International Dark Sky Park, recognizing this characteristic.

Thanks to these extraordinarily dark skies, the potential for stargazing is virtually unrivaled. At night it’s possible to see thousands of stars and star clusters, meteors, satellites, and even five out of the eight planets in our solar system.

The Great Basin National Park runs numerous astronomy-related activities, many of which are free, including an astronomy program, full moon hikes, and solar telescope viewings. There’s also an annual Astronomy Festival which takes place in September consisting of talks, viewings, and many more fun activities suitable for all ages. The Great Basin National Park has no entrance fee, making it a fabulous choice to enjoy a bargain outing over the summer. (See also: 5 Natural Wonders You Can See For Free) 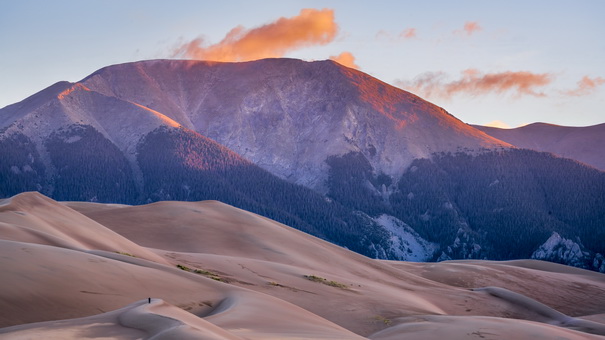 Named after the vast sand mountains that punctuate its landscape, the Great Sand Dunes National Park in Colorado is one of a kind. Some of the dunes reach over 750 feet and the dune field totals over 30 square miles, but thanks to the winds, it’s a continually changing landscape, so it will be different each time you visit.

If you love being active and trying your hand at recreational sports, then why not grab a board and head to the dunes? There are several areas in the dunefields that are suitable for sandboarding or sledding, and they include both steep and long routes as well as shorter and gentle slopes suitable for all abilities.

Be sure to take the right equipment, as sandboarding can be a dangerous activity without the proper gear. This should include a board or sled specifically designed for the sand, and it’s also smart to wear safety gear like a helmet and goggles. The national park does not rent or sell gear, but there are three retailers in the San Luis Valley recommended on their site that do. A seven-day pass to the park for a noncommercial vehicle and its occupants costs $20, and sandboard or sled rentals cost around $18 per day. 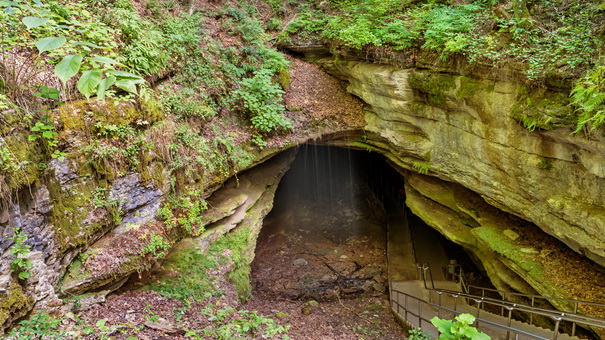 Kentucky’s Mammoth Cave National Park is home to an extensive network of caves, subterranean passages, and chambers that make up the longest known cave system in the world. This labyrinth of underground passages has over 300 miles of mapped routes, with many more miles currently uncharted.

If you want to discover a slice of the world beneath your feet and learn to tell your stalagmites from your stalactites, then caving in Mammoth Cave National Park is the perfect place to do it. Over the summer they have a dedicated summer program that includes ranger-guided cave tours starting at just $14 that last up to six hours. They tend to sell out quite far in advance, so it’s wise to book before going.

There’s plenty more to do above ground as well, with picturesque river valleys and stunning forest trails being just some of the features found on the surface. Entrance to the park is free so all you’ll need to pay for is your chosen tours and activities.